Your Guide To Princeton

Princeton — the name evokes perhaps the most beautiful college campus, graceful streets, and stately, historic homes. It calls to mind the romance of F. Scott Fitzgerald, John O’Hara, and Toni Morrison, the magic of the poet Paul Muldoon, and the resonant voice of Paul Robeson. It summons memories of prior residents Albert Einstein, J. Robert Oppenheimer, Woodrow Wilson, and Aaron Burr. Princeton is, more than ever, a magnet that draws people and culture, artists and educators, students and an ever-changing mix of residents from across the country and around the world.

And yet, in size and development, Princeton remains a modest community of many different and distinct neighborhoods offering a great range of housing from Victorian, Tudor, and Colonial mansions to more modest homes, townhouses, and apartments. Its downtown area is focused along two streets that intersect, Nassau and Witherspoon, and the charming Palmer Square, full of quaint shops and fashionable eateries. Across Nassau Street lies the Princeton Campus including historic Nassau Hall, The McCarter Theatre Center, Richardson Auditorium, the Art Museum, the new Lewis Library designed by Frank Gehry, and the Universityâ€™s many sports venues. Slightly farther away stretches placid Carnegie Lake and its scenic towpath, popular with joggers and bicyclists, as well as the townâ€™s many parks and open spaces. Few towns of 30,000 have so much to offer. Within an-hour-and-a-halfâ€™s drive beckon New York City, Philadelphia, the Jersey Shore, New Hope and many other picturesque towns along the Delaware River. 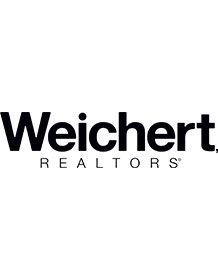